The Question: I had my mammogram done last year. I also registered for a breast-screening program at a hospital. My aunt, who is my mama’s sister, died from breast cancer. Considering that I am of Ashkenazi Jewish ancestry, I think I am at some risk. I was told at the reception area of the mammogram department that I will be having my mammogram every two years. I think it should be every year. What do you think? 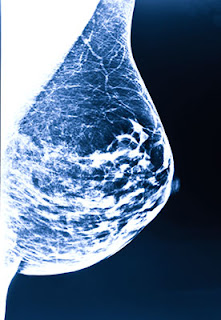 The Answer: No professional organization in Canada or the United States recommends testing for the BRCA1 or BRCA2 genetic mutations based solely on ancestry. However, Jewish women are believed to be more likely to test positive for one of those two genetic mutations, compared to women tested at random. Consequently, testing is often recommended for Jewish women with family histories of cancer.

This is true only for Jewish women who identify themselves as being Ashkenazi – a group with mainly Central and Eastern European ancestry. BRCA mutation is not considered more common in those with Sephardic Jewish ancestry (those of Middle Eastern and North African descent), according to Ellen Warner, a medical oncologist at Sunnybrook Health Sciences Centre.The issue of genetic testing – and of taking proactive measures when the results are known – came to the forefront recently when actress and director Angelina Jolie wrote an op-ed piece called “My Medical Choice” in The New York Times. http://www.nytimes.com/2013/05/14/opinion/my-medical-choice.html?_r=0

After learning she carried the BRCA1 mutation, she opted to get a prophylactic double mastectomy. (Her mother died at age 56, after being diagnosed with cancer almost a decade earlier.)

“I wanted to write this to tell other women that the decision to have a mastectomy was not easy. But it is one I am very happy that I made,” Ms. Jolie wrote in the New York Times. “My chances of developing breast cancer have dropped from 87 per cent to under 5 per cent. I can tell my children that they don’t need to fear they will lose me to breast cancer.”

It would also be helpful to determine whether you have other relatives (on either side of your family) who had cancer. If anyone else on your mother’s side of the family had breast or ovarian cancer then genetic testing would start with that person. Otherwise, your mother and any other siblings and children of your aunt should be tested.

If your mother has a BRCA gene and you don’t, that is considered a “true negative” and your risk from your aunt’s cancer disappears, according to Dr. Warner. Alternatively, if your mother (and any other of her relatives who are tested) tests negative, your father has no family history of breast cancer and you have no other significant risk factors, then your risk in only slightly increased by your aunt’s cancer and breast screening every 2 years is perfectly appropriate, Dr. Warner said.

If you carry the genetic mutation, each of your children has a 50 per cent chance of carrying it. Having tested positive for such a mutation may also have other unintended consequences, such as the ability and cost to take out life insurance.

“If she has the mutation, we know how to deal with that,” said Dr. Warner, noting that women who carry either of the breast cancer genetic mutations, will undergo a special type of screening that includes mammography but also magnetic resonance imaging, which is far more sensitive at finding tumors.

You could also be offered a drug such as tamoxifen to lower your risk of breast cancer. You may opt instead for prophylactic mastectomy. It would also be recommended that you remove your ovaries and fallopian tubes because of the high risk of tubal or ovarian cancer with these mutations.

If you have a BRCA1 or BRCA1 genetic mutation, you will be at a high lifetime cancer risk. Specifically, you will have about a 70 per cent risk of having breast cancer and up to a 40 per cent chance of ovarian cancer in your lifetime unless you do something to reduce your risk, like Ms. Jolie did to reduce her risk of breast cancer.

“Knowledge is power,” said Dr. Warner, noting that women, now more than ever, have the ability to control their health.

If you are concerned, I would encourage you to have a discussion with your family physician about obtaining a referral for a full assessment. If you would like to visit the Louise Temerty Breast Cancer Centre at Sunnybrook, ask your physician’s office to call 416-480-4205 or fax 416-480-6179.