The Question: I am looking for a geriatric psychiatrist. I am 77 years old and I have newly surfaced emotional problems. It started with physical symptoms, which were treated in the emergency. However, none of the symptoms disappeared, and by now I am, convinced that they are the manifestation of my emotional state. I am also a child of a Holocaust survivor. Thank you for your attention and looking forward receiving some direction. 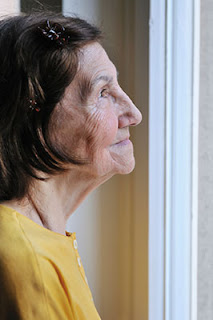 The Answer: You are correct to want to seek a geriatric psychiatrist but typically, they are in short supply and are most likely found in large, urban Canadian cities. There is a very good chance, however, that a general psychiatrist may also do a perfectly good job of treating your symptoms so you may want to consider being open to that possibility, particularly if the wait to see one is long.

“It sounds like the right thing was done,” said Nathan Herrmann, head of the division of geriatric psychiatry at Sunnybrook. “She has seen her physician and had a good medical checkup to rule out any obvious medical problem.” He suggested a geriatric psychiatrist would be ideal, though most psychiatrists would be able to treat your symptoms.

You also raise a very important issue that has been studied since the dawn of psychiatry: Do physical symptoms cause psychiatric disturbances or is it the other way around?

It turns out there it’s a bit of both. There are psychiatric disorders can cause physical symptoms and medical illnesses that can cause psychiatric symptoms. Patients who have suffered a stroke, for example, run a “high risk of developing clinical depression that can be due to biological reasons as well as psychological and social reasons,” Dr. Hermann said in an interview.

Psychiatric disorders, in turn, can cause physical symptoms, often amplifying aches and pains that many may live with but not feel as intensely. There are also medications to treat a physical symptom that cause depression and mania.

“There is a whole category of somatic illnesses that are actually psychiatric disturbances that present with medical complaints,” he said, noting that pain syndromes, neurological symptoms that are a direct manifestation of psychiatric illness.

Sometimes, the psychiatric label is placed on patients when doctors cannot determine the cause of their symptoms.

“Patients with Multiple Sclerosis are notorious for presenting with vague physical complaints that are never diagnosed and thought to be psychiatric in nature,” said Dr. Herrmann.

There is one other group that has both – psychiatric and medical illnesses that have a tendency to accentuate the negative. “People who have coronary artery disease and depression are more likely to drop out of their cardiac rehabilitation,” said Dr. Herrmann, who is also a professor in the department of psychiatry at the University of Toronto.

Typically, most patients go to their primary care physician with symptoms of palpitations, dizziness, fainting, nausea, weakness or vague pains. Some have premature ventricular beats that are within normal limits but because of an underlying psychiatric condition, they are hyper focused on it.

And then there is aging itself when many changes occur: children are leaving home – or coming back when their parents are living on a fixed income. Friends are dying; chronic medical illnesses – diabetes and heart disease for example – are more common.

You had mentioned that you are the child of a Holocaust survivor. There is a huge amount of literature on this very issue and “whether they are truly different is not clear,” said Dr. Herrmann, noting that the parents sometimes have post traumatic stress disorder.

“The children of Holocaust survivors are a different story,” he said. “They can be burdened by their parents guilt and emotional problems. The emotional distance can affect their psychological development.”

However, it would be incorrect to assume, he said, that there is a specific symptoms or cluster of symptoms that is associated with being a child of a Holocaust survivor.

“What a psychiatrist would do is include that knowledge in her information and how it might relate,” said Dr. Herrmann.

I suggest you return to your family physician and request a consultation with a geriatric psychiatrist and if not possible, a general psychiatrist who can treat your problem.

If you go to this link https://sunnybrook.ca/integration/# and search under “geriatric psychiatry” in the clinical focus section, you will find a number of Sunnybrook psychiatrists who specialize in the area who may be taking referrals.