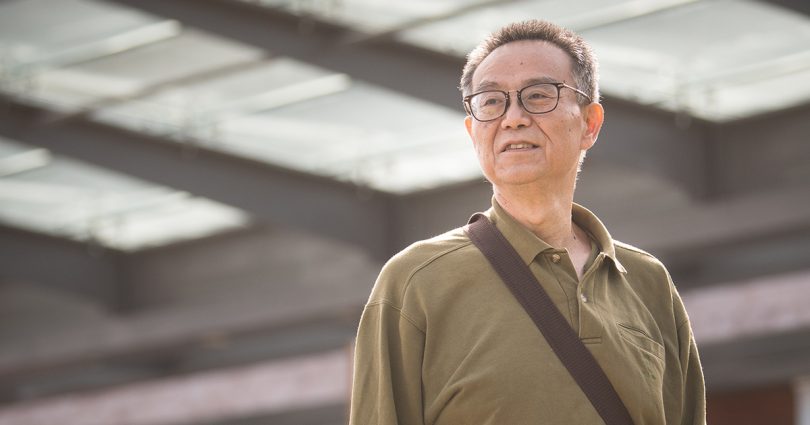 Before March 28, 2020, Julian Chen thought he was invincible. The 63-year-old considered himself a strong, do-it-yourselfer who worked hard for his wife and kids both in the office and at home. But on that particular Saturday, he says, “I felt powerless.”

Julian was talking to his wife on their family room couch before taking on an afternoon of housework. When he stood up, he felt a strange sensation in his left eye and sat back down. Then, all his strength drained from his body. Thinking little of it, he dragged himself to the bedroom to sleep it off. It wasn’t until hours later that he called 911 and was rushed to the emergency room at Sunnybrook Health Sciences Centre.

Julian suffered a stroke that weakened the entire left side of his body so much so that he was virtually bedridden for more than a month. He couldn’t sit up or even raise his arm. Doctors said his stroke was likely caused by high blood pressure and his 30-year history of heavy smoking.

“I didn’t pay much attention to my blood pressure. Sometimes I didn’t take my medicine. I didn’t eat right. I smoked one-and-a-half packs every day,” he admits. “Now, all of my mind is on exercise, getting back my health and my capability of daily life.” 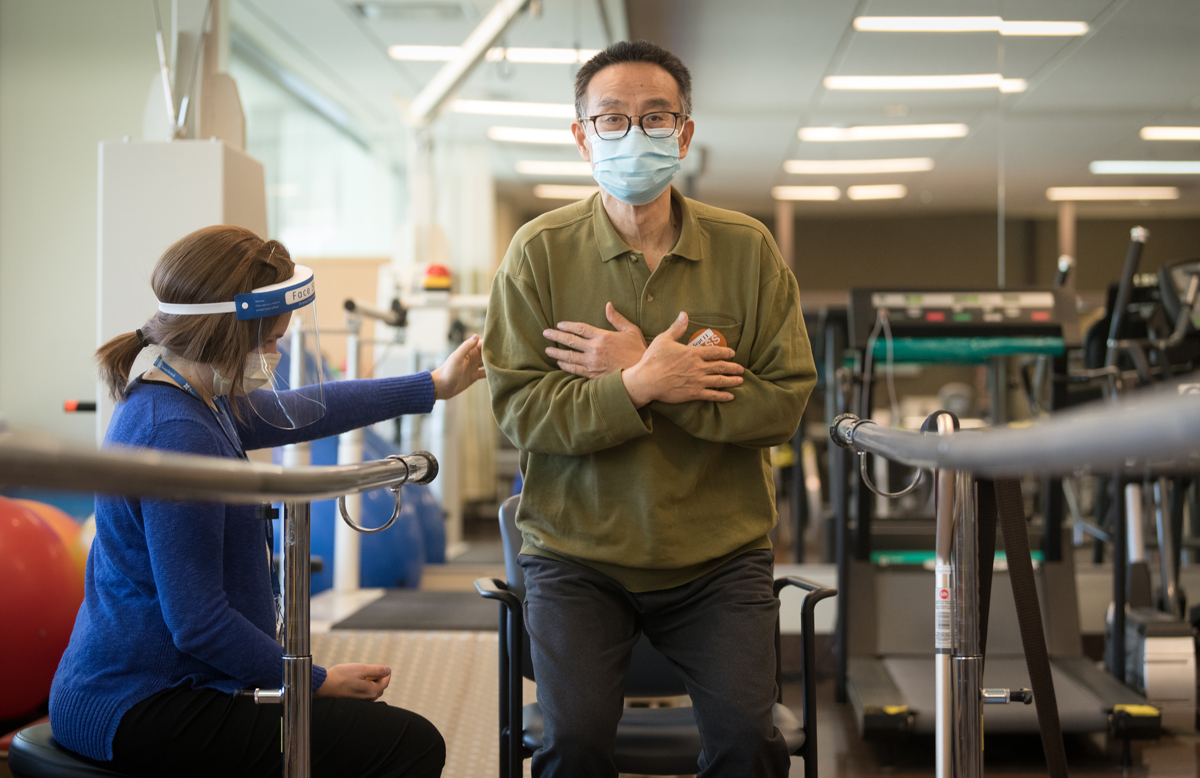 Since April, Julian has been working with a multidisciplinary team at St. John’s Rehab, including nurses, physicians, physiotherapists and occupational therapists, to regain his strength, balance and mobility.

“After a month, something in me changed. I tried to adjust my psychology to think in a positive way,” he says. Soon after, he made the decision to quit smoking and became determined to get moving.

“Every day I exercised,” he says proudly. “Eventually, I was able to stand up by the side of my bed. Then, I took a couple of steps. Gradually, a couple more. Then I pushed the wheelchair outside the room and walked down the corridor.”

Julian was still dependent on a wheelchair when he was discharged as an inpatient but continued his rehabilitation through the hospital’s outpatient program.

“About a week after discharge, I got rid of my wheelchair,” he says. “Now I barely use a cane. I’m almost back to normal.”

Back at home, Julian insists on going for walks in his neighbourhood every day and is determined to prevent a second stroke.

“The stroke was very bad for me and in a way it’s good for me,” he says. “After the stroke, I quit smoking and a lot of bad habits. On the whole, my body and health is much better.”

Would you know if you are having a stroke?

Stroke is a medical emergency that needs urgent attention. The acronym FAST is a simple way to identify the most common warning signs of a stroke:

Some other signs of stroke that are less common include:

If you or a loved one is experiencing any of these symptoms, call 9-1-1 right away.

Katherine Nazimek is a Communications Advisor at Sunnybrook.