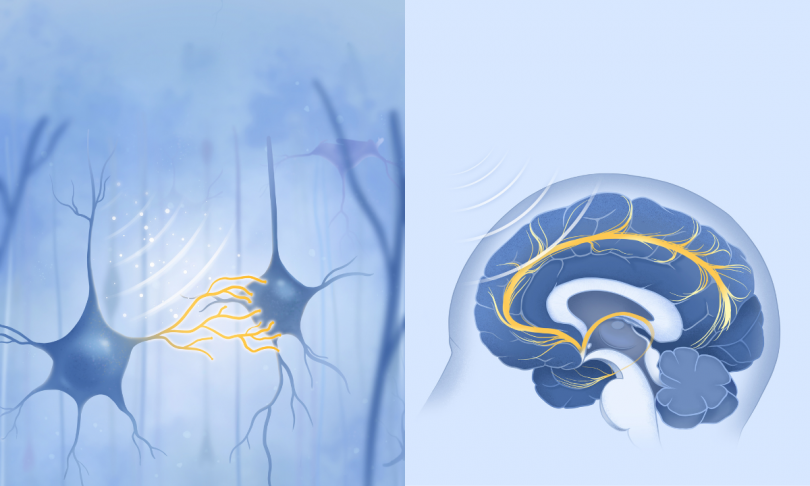 The study has been published in the journal BRAIN.

This is the first study to demonstrate that repeated focused ultrasound blood-brain barrier modulation in the basal forebrain is safe in the presence of Alzheimer’s pathology, and when combined with a growth factor-related therapeutic, can lead to therapeutic effects. Focused ultrasound harnesses the power of sound waves to transiently open the blood-brain barrier, a protective barrier that prevents toxins or potentially helpful therapeutics in the bloodstream from entering the brain.

This promising research comes at an urgent time. It is estimated that more than 600,000 Canadians are currently living with dementia. According to a recent report from the Alzheimer’s Society of Canada, rates of dementia, including Alzheimer’s disease, are projected to rise to nearly 1 million people in Canada by 2030. Below, Drs. Aubert and Xhima discuss how their breakthrough research is an important advancement on the road to developing effective therapeutic approaches for the disease. 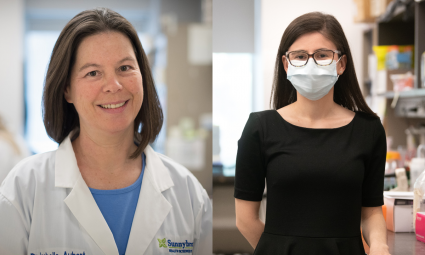 What was the impetus behind your study?

Dr. Aubert: This preclinical study was a follow-up to our previous proof-of-concept study that used MRI-guided focused ultrasound to non-invasively deliver a type of growth factor-related therapeutic (D3) to brain cells called cholinergic neurons, which are important for learning and memory and most vulnerable in Alzheimer’s disease. D3 stimulates important signaling mechanisms in brain cells that are related to the tropomyosin receptor kinase A (TrkA) pathway. The TrkA pathway is critical for neuroprotection, plasticity and survival of cholinergic neurons; engaging it with D3 promotes the resilience of brain cells against Alzheimer’s pathology.

In our first proof-of-concept study, we had found that D3 combined with focused ultrasound efficiently stimulated key survival and neuroprotective pathways, and in the short-term, helped to restore brain cell communication (also known as neurotransmission). Yet for clinical translation and impact, it was critical for us to study whether focused ultrasound combined with D3 could rescue cognitive function – the rationale and goal of the current study.

What did your current study find?

Dr. Xhima: In this preclinical study, we demonstrated the therapeutic potential of D3 in a preclinical model of Alzheimer’s and showed its impact on learning, memory and cognitive flexibility. The D3 therapeutic agent, like many promising therapeutics, does not have the properties required to efficiently cross the blood-brain barrier (BBB) and reach its targets deep in the brain. To overcome this challenge, we coupled the intravenous administration of the therapeutic drug D3 with MR-guided focused ultrasound to non-invasively, locally and transiently increase BBB permeability in key brain regions for the effective delivery of D3 from the blood to the brain.

Following brain delivery of the therapeutic agent with focused ultrasound, performance in cognitive tasks was improved. The treatment of focused ultrasound with the therapeutic D3 led to enhanced neurotransmission in cholinergic neurons, which are highly vulnerable to injury in Alzheimer’s disease. We also observed beneficial effects on brain regeneration – new brain cells were formed in the hippocampus, an area of the brain that plays a major role in learning and memory, and amyloid plaques, common in Alzheimer’s, were reduced in targeted brain areas.

What could these results mean for patients and clinicians in the future?

Dr. Aubert: Although still early-stage, this work is an important and fundamental step in the development of potential treatments for the disease. The results also open the door for many other regenerative agents, that normally do not cross the BBB, to be tested and delivered using this drug-delivery platform. This is the first study to demonstrate that a growth-factor related agent delivered to the basal forebrain and associated cortical and hippocampal areas repeatedly using focused ultrasound BBB modulation is safe and can lead to therapeutic effects in the presence of Alzheimer’s pathology. These results provide a major step forward in terms of drug delivery that can be very promising for clinical translation.

Dr. Xhima: Another key feature of this preclinical research is that we tested focused ultrasound delivery of a TrkA-stimulating agent in the presence of established Alzheimer’s pathology. In contrast to many previous studies, here we showed that this therapeutic approach rescued cognition and improved Alzheimer’s related pathologies once they were already established, similar to how patients would present in the clinic. The beneficial effects of the treatment were also broad with respect to several key systems affected in Alzheimer’s disease. This makes us very hopeful about this therapeutic approach because it certainly represents an important step forward for potential clinical development.

What’s the next step in this work?

Dr. Xhima: The improvements in cognitive function we saw in the preclinical models studied lasted for several weeks, which raises the question: how often will treatment need to be repeated for therapeutic effects that can last over months and years?

Dr. Aubert: In addition to this, we’re interested in taking an exploratory approach to look at other molecular pathways in the brain that could also be affected by this treatment, since our results went beyond what was expected with target engagement on cholinergic neurons alone.

It’s important to note that this research is still at an early stage and has not yet moved to clinical trials. We are hopeful that this fundamental research will translate into the clinic in the near future, as we continue to explore therapeutic options to stop degeneration and promote regeneration in Alzheimer’s disease and dementia.

Hear Dr. Aubert and Dr. Xhima discuss their findings in further scientific detail on the BRAIN podcast, the official podcast of Brain and Brain Communications.

Samantha is a Communications Advisor at Sunnybrook Research Institute. 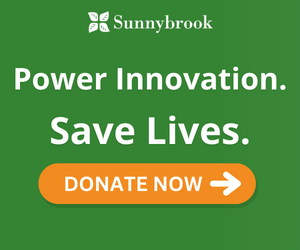