The Question: My Godfather was diagnosed with neuroendocrine cancer a couple of weeks ago. He went into hospital with stomach pain and had emergency surgery for a tumor obstructing his bowel. They removed his appendix, which was full of cancer. They are still waiting on answers and a treatment plan. Here’s the problem: they’re in a small city that only has two oncologists and no specialists. The normal course of action is to wait until your file gets to the top of the pile and they bounce you to a specialist in London or Toronto. Is there anything my godfather can do on his own to expedite his treatment? I’m not sure what to tell them his options are – maybe waiting is just what he has to do. If you have any suggestions, I’d be grateful to be able to pass them on. 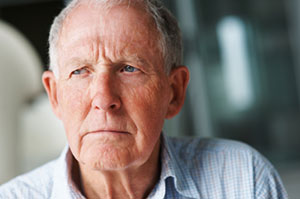 The Answer: The neuroendocrine system is made of a network of specialized, nerve-like cells that can produce and release hormones into the blood stream. Neuroendocrine tumours are relatively rare and can present anywhere in the body but more commonly in the small bowel, rectum, appendix, pancreas or stomach. Half of these tumours secrete hormones such as serotonin that, in turn, have the potential to damage heart valves.

Since the symptoms – bloating, wheezing, flushing, diarrhea, persistent cough and loss of appetite to name a few – can be vague or generalizable to other medical conditions, it can take up to three years before patients are accurately diagnosed, according to Simron Singh, medical oncologist and co-head of The Susan Leslie Clinic for Neuroendocrine Tumours at Sunnybrook. Sometimes there are no symptoms until a patient is seen in emergency, which is consistent with your Godfather’s situation.

“Every month, we see cases just like what is being described,” said Dr. Singh, who co-heads the largest neuroendocrine clinic in Canada, at Sunnybrook’s Odette Cancer Centre, seeing about 200 new patients each year, plus up to an additional 400 in follow up. “Treatment is very individualized.”

You may recall that Steve Jobs, entrepreneur, inventor and co-founder, chairman and CEO of Apple Inc. was diagnosed with islet-cell neuroendocrine cancer, which manifested itself in his pancreas. He initially resisted recommendations for mainstream medical intervention, instead consuming an alternative medicine diet, that, according to Harvard research associate Ramzi Amri, “eventually led to an unnecessarily early death,” he was quoted as saying in the Daily Mail. Though Mr. Jobs did eventually pursue conventional medical treatment, including surgery, he died in October 2011 due to a relapse of his condition.

Due to its rarity and complexity, I would suggest your Godfather obtain an opinion from a cancer centre that has extensive expertise in the treatment of these tumours. That does not mean he has to leave his community oncologist – only that he obtains a treatment plan from an experienced cancer centre that can likely coordinate his treatment and ensure the best possible outcome. In short, there is nothing to lose and everything to gain from an extra set of expert eyes.

“For patients outside of Toronto, this one visit can allow us to create a personalized plan that the patient can share with their oncologist,” said Calvin Law, head of the cancer surgery program at Sunnybrook, who has operated on many patients with neuroendocrine cancer. “Some can receive therapy closer to home.”

Your Godfather may or may not need more treatment. His treatment plan will involve a detailed analysis of the pathology of the tumour, specifically reviewing the type, size, grade, plus any additional complications. They may want to do an octreotide scan, which allows doctors to see inside the body to locate the tumour and determine if it has spread elsewhere in the body. As well, doctors would likely do a pathological test called Ki-67, which if high, suggests the cancer is aggressive. Depending on other features, your Godfather may require more surgery.

Specific diagnostic tests, pathology work and treatment must be carried out in sequence for it to be most effective. At Sunnybrook, patients have one appointment with three doctors – a radiation oncologist, medical oncologist and surgical oncologist – who then devise a treatment plan.

“Sometimes there is more information that we need,” Dr. Law, says “but at the very least, we provide you with an organized plan moving forward.”

Though half of all cases of neuroendocrine cancer are detected when they have already metastasized or spread, there are surgical options for cases that are “very advanced or very early,” he said.

There are also clinical trials – new treatments – for eligible patients who wish to be enrolled.

“Not only are there a lot of options,” says Dr. Law, “the sequence and combination of treatments are the keys to success.”

According to Dr. Law, the prognosis is generally good; adding “if you catch it early, there is a real potential for cure.”

To have your Godfather referred to Sunnybrook or a centre in London, he would need to request a referral from his family physician.